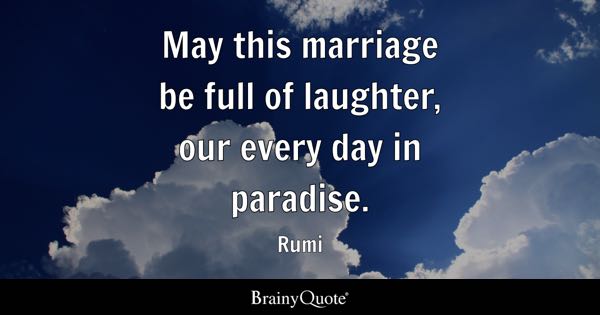 Matthew 19:5 And said, For this cause shall a man leave father and mother, and shall cleave to his wife: and they twain shall be one flesh? 19:6 Wherefore they are no more twain, but one flesh. What therefore God hath joined together, let not man put asunder.

The doctrine of marriage is a Scriptural base belief instituted by God. God the almighty initiated it and instituted it to be done between a singular man and a singular woman for the purpose of procreation and replenishment. The perversion of God’s devine standard for marriage has led men into error and eternal damnation. Many believers who strived for moral perfection came short in the right knowledge of God’s standard for marriage, today, many of such are weeping in hell. God can never break His standard by reason of man’s ignorance, therefore He is calling all marriages to be position in the light of His standard, lest it becomes unsealed marriages of transgression.

Acts 17:30 And the times of this ignorance God winked at; but now commandeth all men every where to repent: 17:31 Because he hath appointed a day, in the which he will judge the world in righteousness by that man whom he hath ordained; whereof he hath given assurance unto all men, in that he hath raised him from the dead.

The issue of marriage is a very critical issue as it foreshadowed the heavenly marriage between Christ and the Church (Ephesians 5:25-27; Revelation 19:7-9). Therefore, all those who desire to make heaven at last must amend every wrongs in their marriages and restitute where necessary.

There are marriages that God never sealed, and such are common among men. Tradition, religion and superstition have made the Word of God of no effect. Erring preachers of the gospel had wrongly interpreted the teaching of marriage to pleased men and displeased God. But God through this message is giving out is warning to those whose marriages are unsealed before God.

This is the type of marriage where a believer appear to be the second wife, third or otherwise, and not the first wife. Such marriage is unsealed before God and is recorded as fornication before God. The first wife of a man or the first husband of a woman legally join together, is what God acknowledge and sealed. Therefore beside the first wife/husband every other attachments are all fornicators before God. To escape God’s judgment, the victim must separate from such marriage.

Genesis 2:24 Therefore shall a man leave his father and his mother, and shall cleave unto his wife: and they shall be one flesh.

Romans 1:26 For this cause God gave them up unto vile affections: for even their women did change the natural use into that which is against nature: 1:27 And likewise also the men, leaving the natural use of the woman, burned in their lust one toward another; men with men working that which is unseemly, and receiving in themselves that recompence of their error which was meet. 1:32 Who knowing the judgment of God, that they which commit such things are worthy of death, not only do the same, but have pleasure in them that do them.

This is another kind of marriage common among men, where the man will steal another man’s daughter and prison her at home with false hope and promises. This kind of marriage without the parental conceit of the woman is call fornication before God. Therefore when you as a believer is living with a woman without paying the Scriptural rite and bride-price demanded by the parent, then know that both of you are just fornicators before God.

Genesis 34:8 And Hamor communed with them, saying, The soul of my son Shechem longeth for your daughter: I pray you give her him to wife. 34:9 And make ye marriages with us, and give your daughters unto us, and take our daughters unto you. 34:12 Ask me never so much dowry and gift, and I will give according as ye shall say unto me: but give me the damsel to wife.

(4) Marriage with a Divorcée:

Such marriage is also unscriptural only on the condition of when the second legally joined partner is alive. When a partner separate or divorce, true believers are not licence to remarry, as such will be at the expense of his/her soul. Divorce and remarriage is unscriptural, and is adultery before God. Therefore, victim believers should either remain single or reconcile with their first legally joined partner. Divorce or separation is impotent and unqualify to break the bond of marriage, only death can break it acceptably before God.

God divine standard of marriage is between a man and a woman, legally joined together by the will of both parental conceits, seal by God to be broken only by death. God bless you.